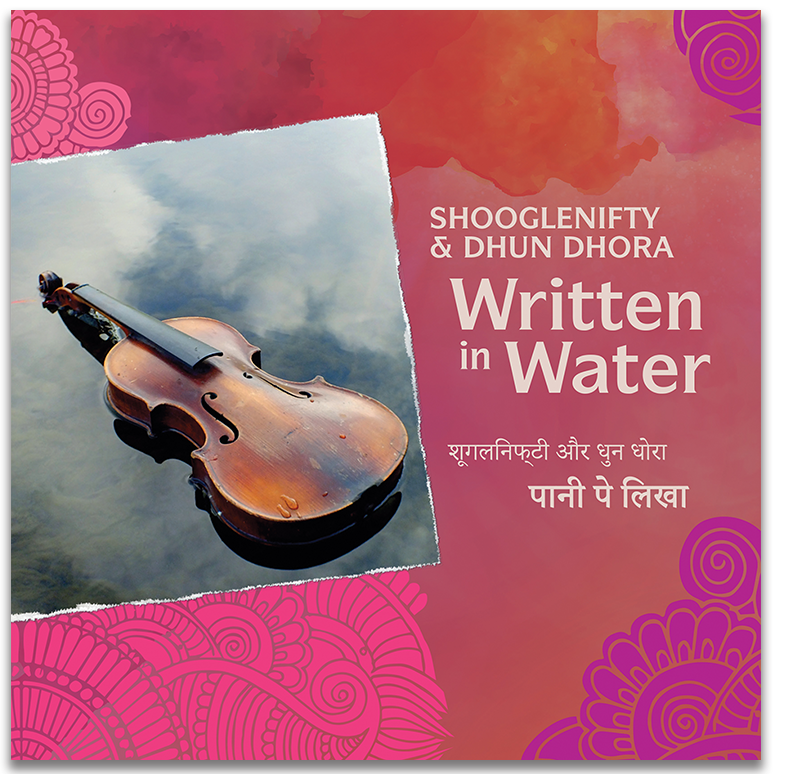 “Both bands contribute something unique to this meeting of minds and with neither tradition dominating, the album is the inevitable result of a musical conversation that definitely goes both ways. *****” – Dave Haslam, RnR Magazine

“The air of mystery that has informed Shooglenifty’s sound for the past 25 years continues to work its charm, this time with the sounds of the Rajasthani master musicians. ****” – Rob Adams, Songlines

Other new compositions on the album include Dead End Glen, Nigel Escapes The Fort and the title track Written in Water by Ewan MacPherson. Also included are trad tunes and songs from Rajasthan and Scotland, and Gypsy’s Dance by Donald Macleod.

Each track is a balanced collaboration in itself demonstrating the extent of the musical kinship built up since the two bands first came together in 2014.

Read more about the project and the individual tracks here >>