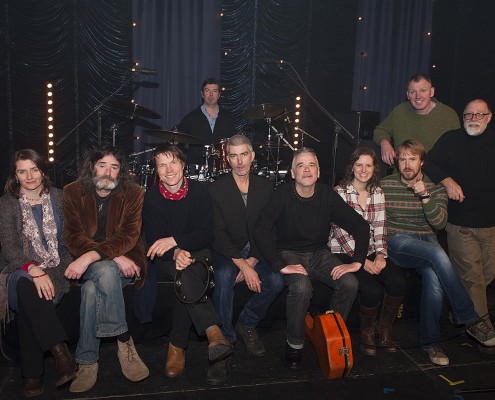 At Na Trads with Shoogles past and present, 2014 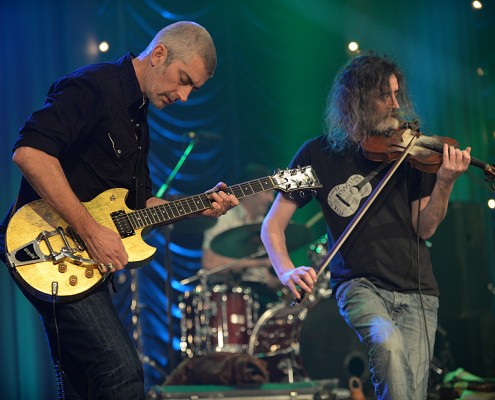 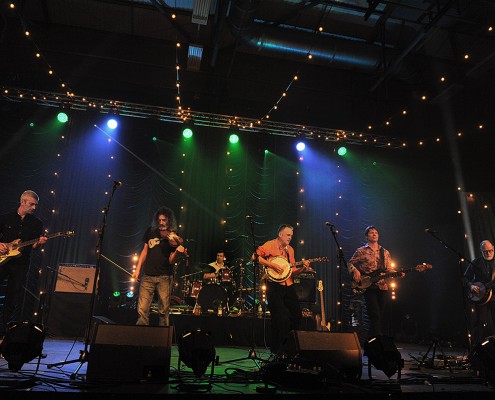 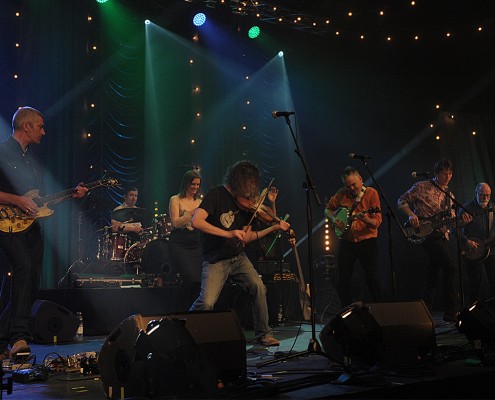 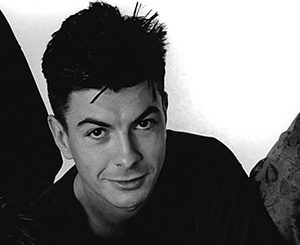 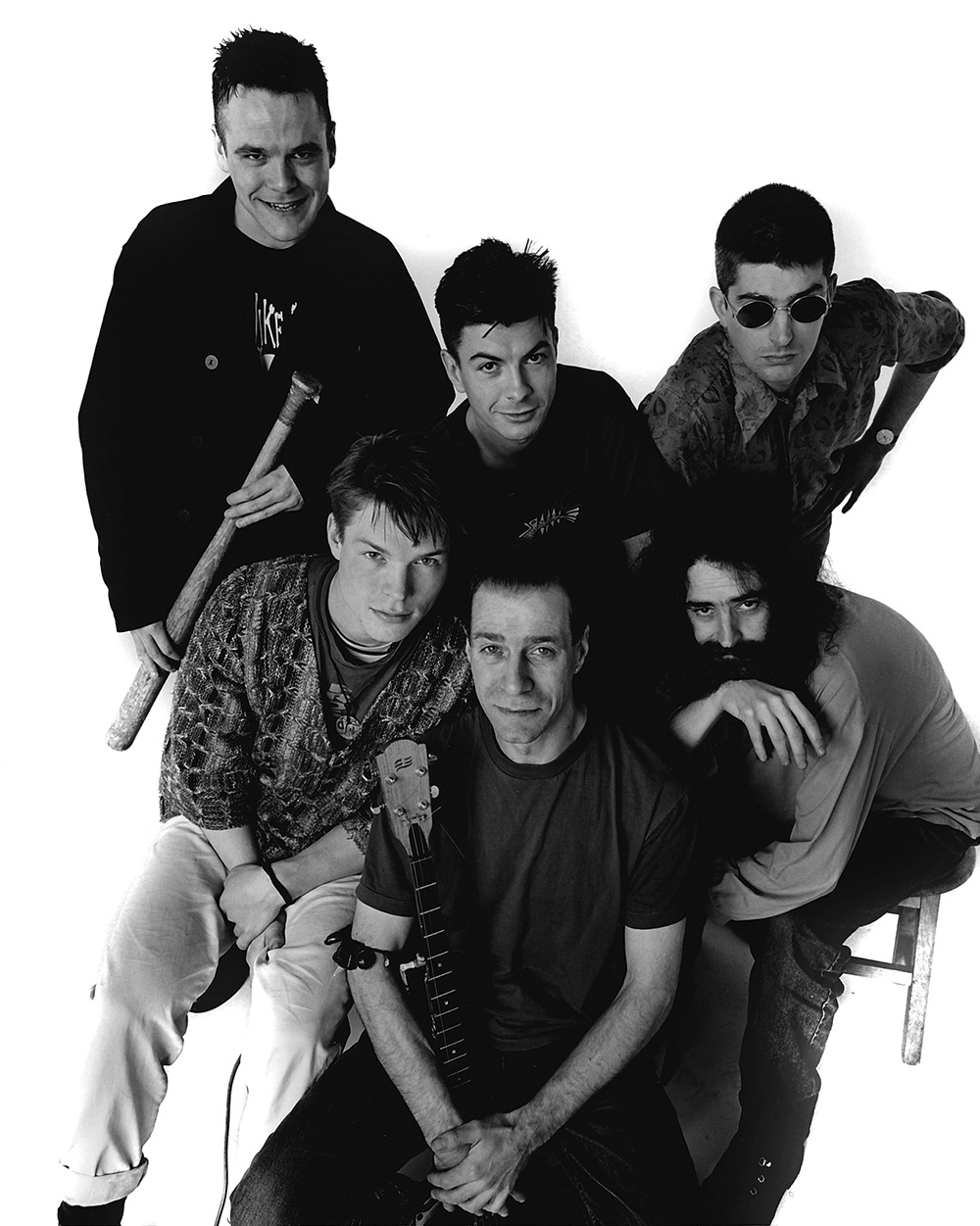 We’re all delighted to be playing the Scottish Trad Awards aka Na Trads in Inverness on Saturday 13 December 2014, writes James Mackintosh. And because we’re about to celebrate a very special anniversary, we will be reuniting our original line up for one night only.

We’re kicking off our our quarter century celebrations a little early at Na Trads, so for Auld Lang Syne we’ve invited original members Iain Macleod and Conrad Ivitsky Molleson to join Angus, Garry, Malcolm and I for a set or two … crash helmets at the ready!

Then the 2014 line up will take to the stage including, after several months of tough initiation, the now fully fledged mando Shoogle Ewan MacPherson, alongside honorary Shoogle Laura Beth Salter. With special guest Kaela Rowan on vocals and Shoogle stalwart Quee Macarthur on bass, we’ll play out the night with tunes and songs from our forthcoming album, The Untied Knot.

Luke Plumb’s absence gives  particular cause for celebration as his excuse is imminent fatherhood, so we’d like wish him and the family all the very best, and we look forward to meeting the wee Plumb in Australia very soon.

In the meantime we’re looking forward to Shoogle Max at Na Trads. Hope you can join us. Get tickets here. 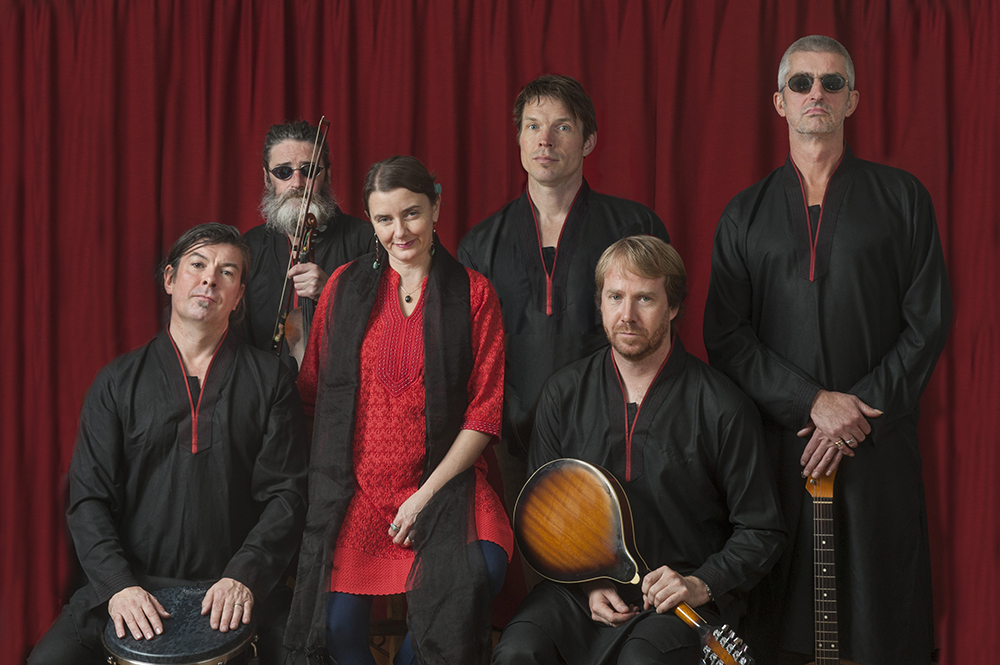 Just click on the link and download your own Shooglenifty 25th Anniversary tour poster. Feel free to print it out and stick it up somewhere. And if you feel so inclined take a pic of your poster and post it on our Facebook page. Would be great to see where they end up!

Check out what the RIFF camera made of the finale of our performance with the Master Musicians of Rajasthan in Jodhpur in October 2014, stay tuned to the end for a bit of interpretive dance from James Mackintosh. Yes really!

Thanks to top video whiz Rupert Shanks for this video filmed at one of our Famous Spiegeltent gigs in August. If you were there, see if you can spot yourself!